Adding spammy contacts to your list of blocked phone numbers is an excellent way to protect your iPhone from spam. Blocking spam phone numbers is always a safe and effective way to shield your phone against unwanted calls and texts.

Over the years, you may have added lots of phone numbers to your blocked sender list and want to view all of the phone numbers added to the list. 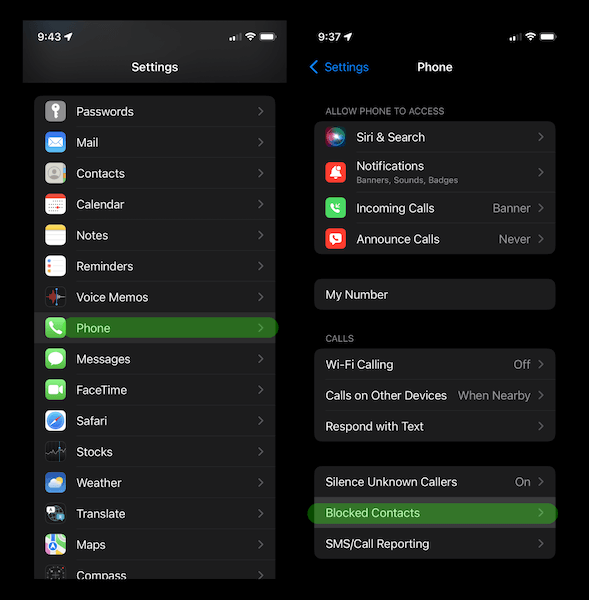 You can now see a list of all senders and phone number that you have blocked. From this screen, you can add a new phone number to the list or remove an existing blocked contact.

How to Unblock a Phone Number#

In the blocked contacts section of the settings from the steps above, press edit in the top right corner of the screen.

Click the red minus sign on the left of each contact and press ‘unblock’ that appears on the row. When you finishing deleting the blocked contacts press ‘Done’ and you’re all set.